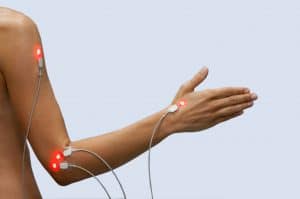 The therapy, which uses low-intensity infra-red beams in place of needles, led to significant reductions in scores on two depression scales, above and beyond that seen with placebo acupuncture.

Eighty per cent of patients had a clinical response to laser acupuncture — defined as a more than 50% reduction on the Hamilton-Depression Rating Scale — compared with just 19% of those in the placebo group, the trial found.

It included 47 Sydney adults with major depression, who received 12 acupuncture sessions over the eight-week study period.

"This is the first adequately sized double-blind controlled trial of laser acupuncture in depression," the University of NSW-led researchers wrote in the Journal of Affective Disorders (online).

"The efficacy of laser acupuncture relative to established treatments is not known, and it is therefore difficult to suggest a place for it in today's repertoire of antidepressant treatments."

Patients in the study were not taking antidepressants or any herbal remedies.

They were randomised to receive either laser or placebo acupuncture, delivered to traditional Chinese medicine ‘depression' acupoints.

Patients in the laser group were zapped with a 100mW low-intensity infra red beam, invisible to the naked eye, from a probe pressed perpendicular to the skin. The laser was applied for 10 seconds, at five acupoints per session.

Placebo laser units looked the same and were set up in the same way, only the laser did not actually come on when the switch was pressed.

Patients and the acupuncturist were both blinded to treatment allocation, as were the clinicians who determined patients' depression scores.

‘Transient fatigue' was the only adverse effect significantly associated with laser acupuncture. The placebo laser, on the other hand, triggered aches, longer-lasting fatigue and ‘vagueness'.

The mechanisms by which laser acupuncture might ease depressive symptoms remain "poorly understood", the researchers said.

They noted that the most recent Cochrane review on the subject concluded there was insufficient evidence to recommend acupuncture as a treatment for depression.

The current trial was funded by the Black Dog Foundation and "a grant from a private philanthropist".